Breathing is an essential component of all forms of physical exercise.

How can breathing be measured? Take a moment to write a list of variables relevant to breathing.

Respiration rate (number of breaths per unit time), lung capacity, depth of respiration, and rate of airflow are all ways to measure breathing.

A spirometer measures the rate of flow of air from breathing. Consider the graphs of spirometer readings below, excerpted from a book series by Schottenbauer Publishing. 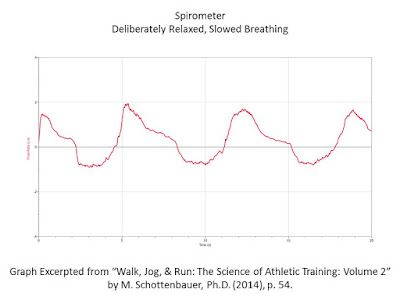 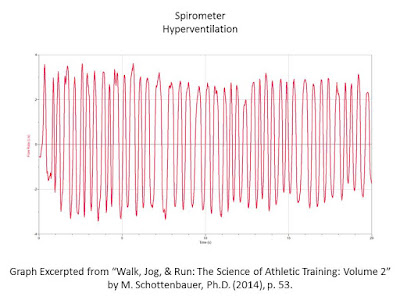 Free Education Resources
Posted by Unknown at 2:42 AM

Celebrate the sport science of ballet and yoga with memorabilia from Zazzle! Colorful graphs from Schottenbauer Publishing are featured on these mugs, magnets, keychains, & postcards. Direct links to each collection are included below: 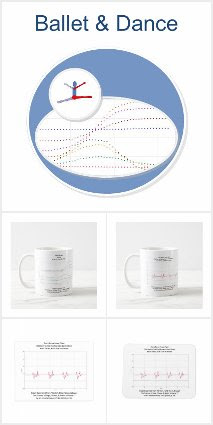 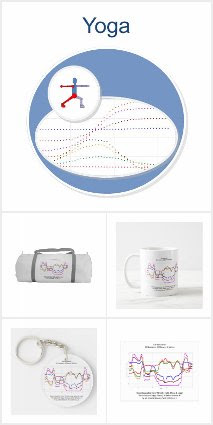 A variety of other sport science collections are also available from Schottenbauer Publishing on Zazzle, which features regular sales on most items.

The Geometry of Ballet & Yoga 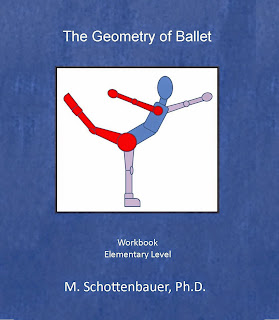 Geometry is essential for physical activities such as ballet and yoga. Take a moment to write down a few ways in which geometry affects the precision of these activities.

The cover of The Geometry of Ballet, to the right above, features a dancer in action.

Discussion Questions
The cover of The Geometry of Yoga, to the right below, features a yoga pose.

Geometry diagrams featuring ballet and yoga are available in the following books from Schottenbauer Publishing:

The Mathematics of Goniometer Readings

A goniometer is a device which measures joint angles, such as those made repetitively in ballet, dance, PIlates, and yoga. Goniometer readings often appear as sine waves, and can be analyzed as such.

Consider the following graph, excerpted from The Science of Yoga, Pilates, & Ballet: Volume 2 from Schottenbauer Publishing: 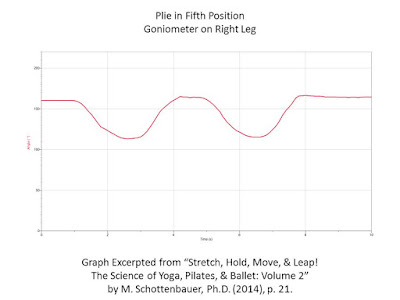 Free Education Resources
Posted by Unknown at 7:30 AM

How Is Acceleration Relevant to Yoga?

As one of the slowest sports, yoga may not seem to contain much acceleration. The phenomena of acceleration, however, is essential to understanding the benefits of yoga, due to the effects of gravity. Gravity is the force which pulls all matter towards the center of the earth. On the earth's surface, the pull of gravity is associated with acceleration downwards. Yoga includes poses in various positions, including full and partial inversions. Therefore, various yoga poses engage the acceleration of earth's gravity in different ways.

Consider the following graph of a sun salutation sequence, excerpted from The Science of Yoga, Pilates, & Ballet: Volume 1 from Schottenbauer Publishing: 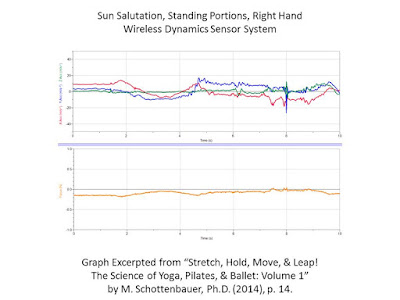 A new volume of The Science of Yoga, Pilates, & Ballet: Data & Graphs for Science Lab has arrived! Volume 4 features brightly colored graphs depicting a variety of complex moves. Examples include a yoga sun salutation, Pilates splits, backbend, and inverted bicycle, and a series of ballet leaps (Glissade, Sauté, Soubresaut, Pas Assemblé, Pas de Chat, Sissonne Fermée, Royale, Grand Jeté, and Cabriole). The book also contains graphs showing ballet jumps with a variety of axes options, as well as comparison data from the motion of a ball flying through the air, falling, and bouncing on a carpet.

The two sample graphs below are excerpted from Volume 4: 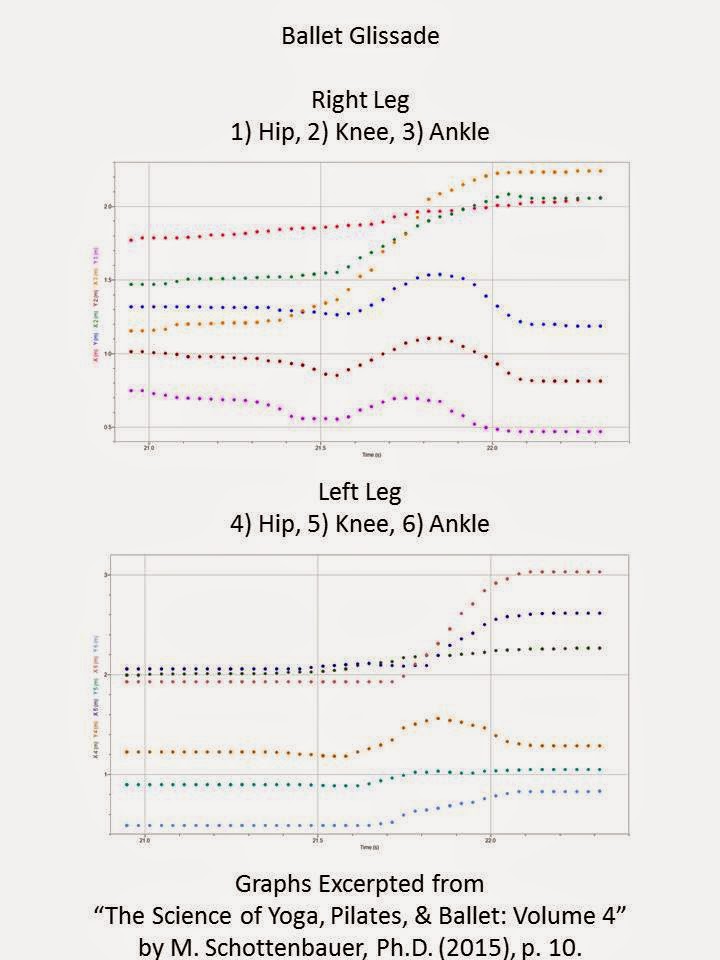 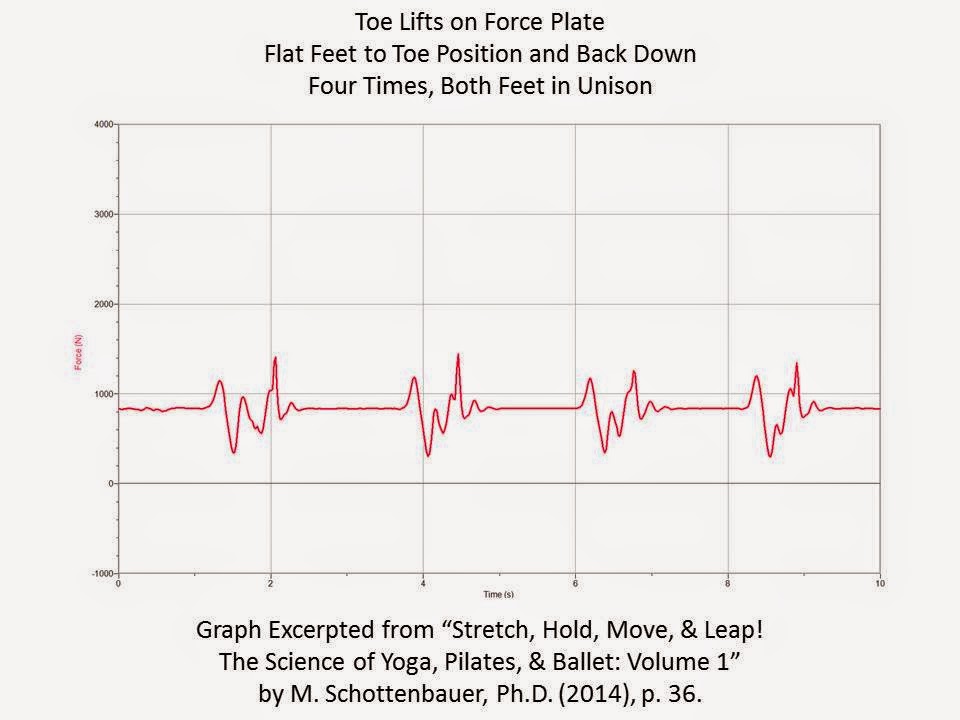 The science book series Stretch, Hold, Move, & Leap! The Science of Yoga, Pilates, & Ballet Volumes 1, 2, & 3 by M. Schottenbauer, Ph.D., contain a treasure-chest of graphs filled with physics and biophysics variables. The following are a small sample of the many questions which can be explored in this series of books!

Related books, appropriate for younger students, include the following:

Additional information on these and related book series is available on the author's blog on Sport Science Education.

Free Education Resources
Posted by Unknown at 4:35 AM

The plie jump is one of ballet's best moves for demonstrating basic physics. Essentially, the jump consists of a straight up-and-down mo... 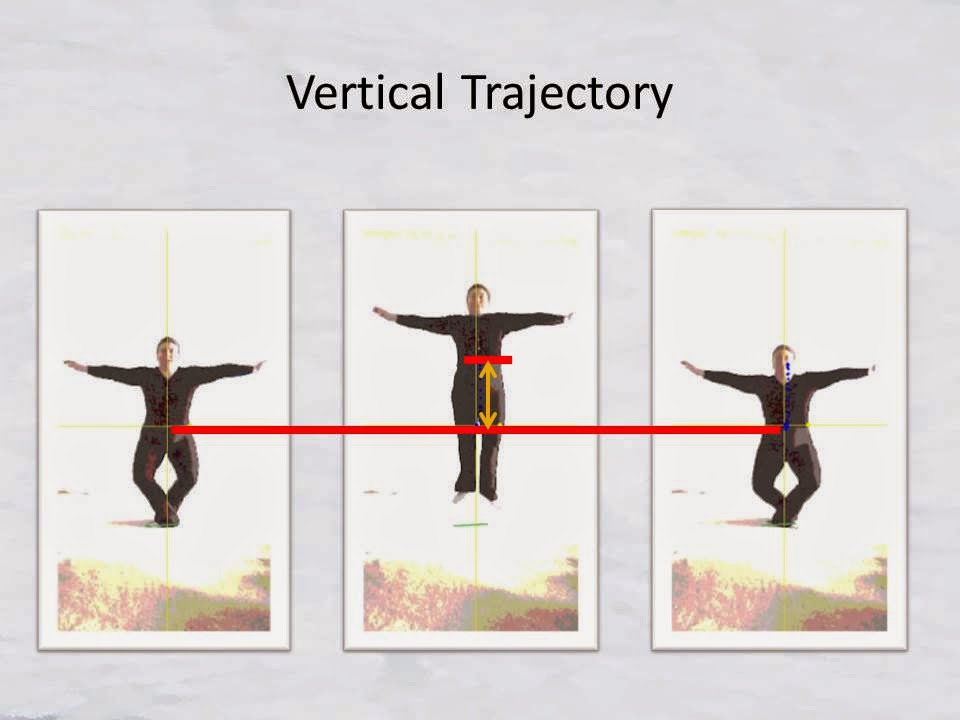 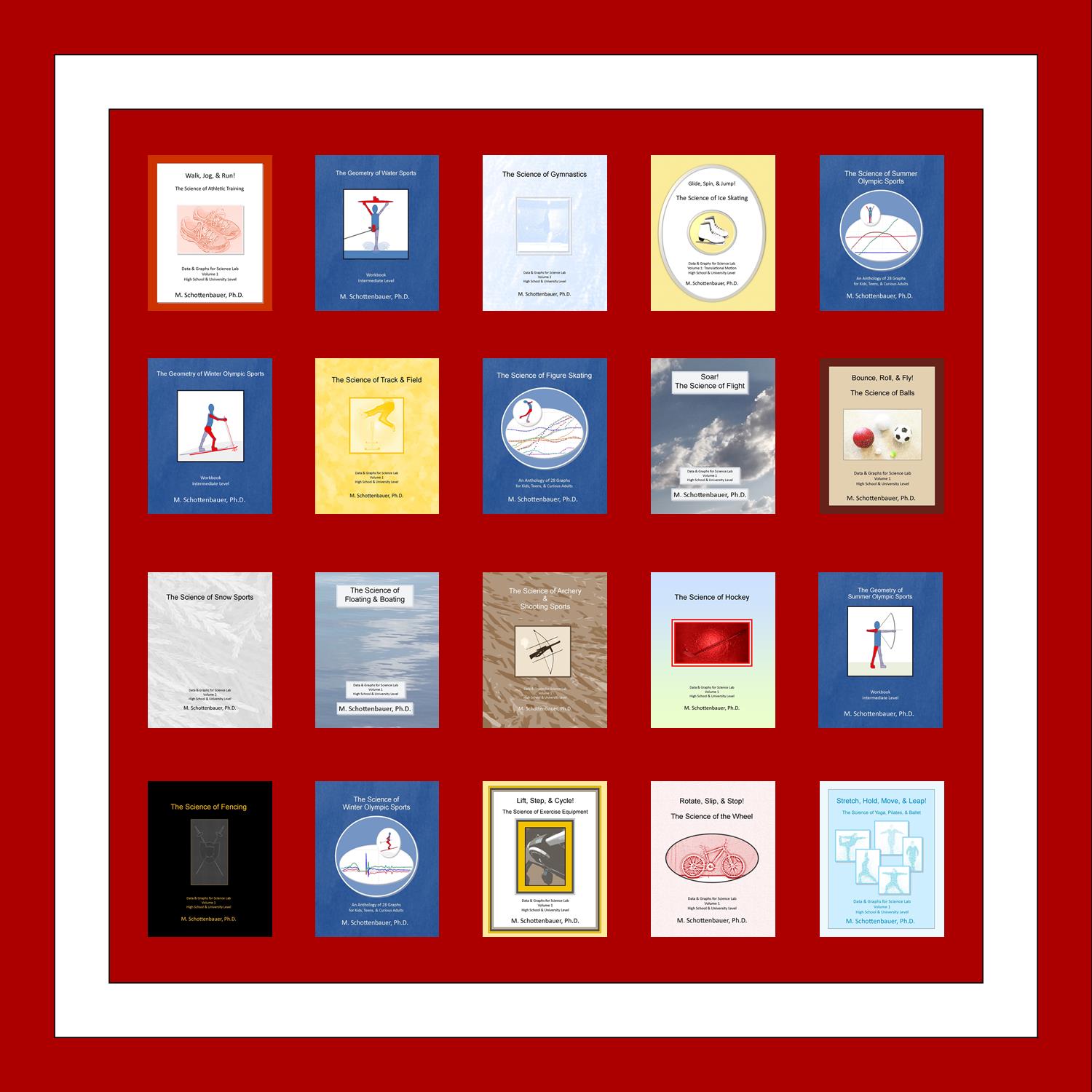 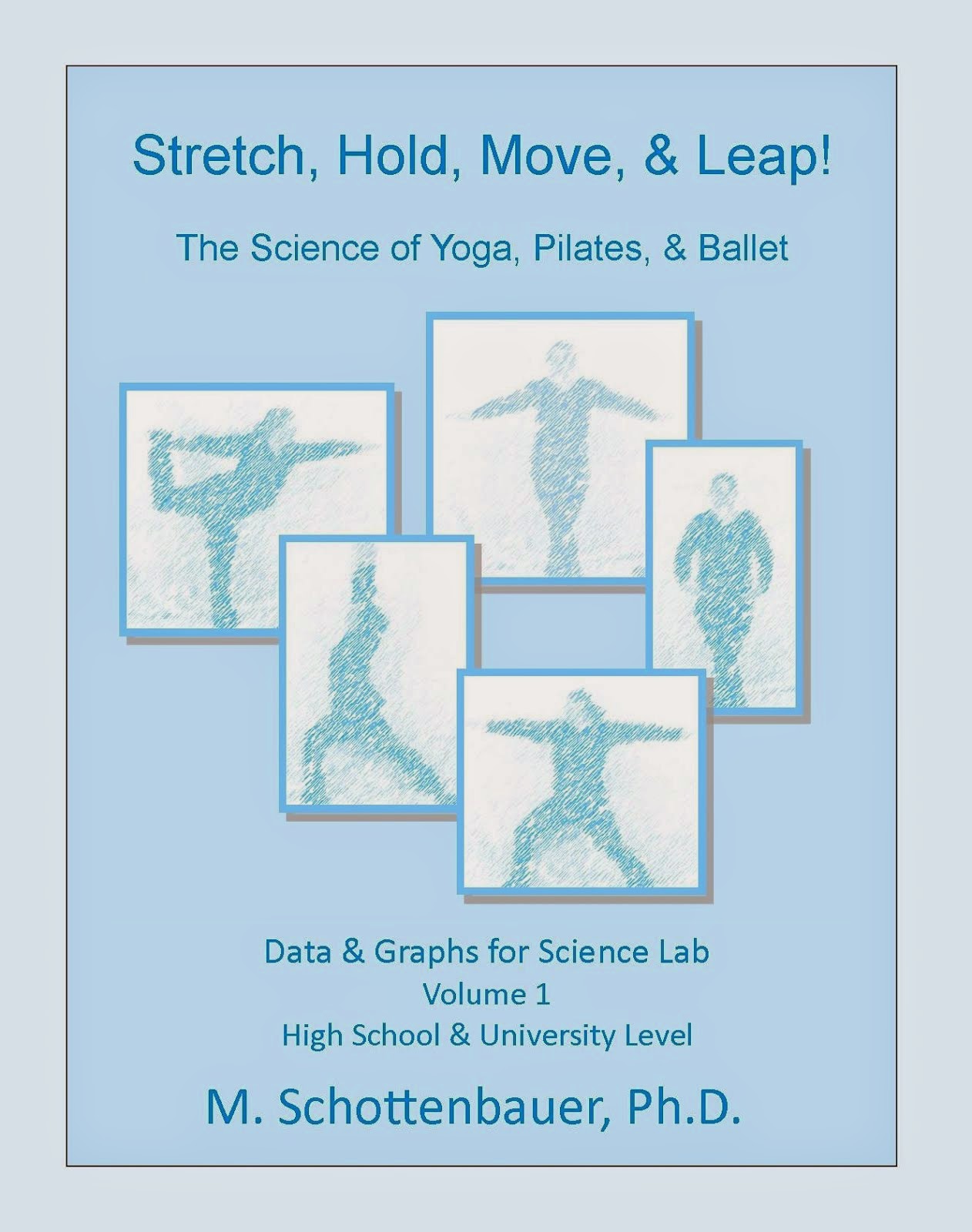 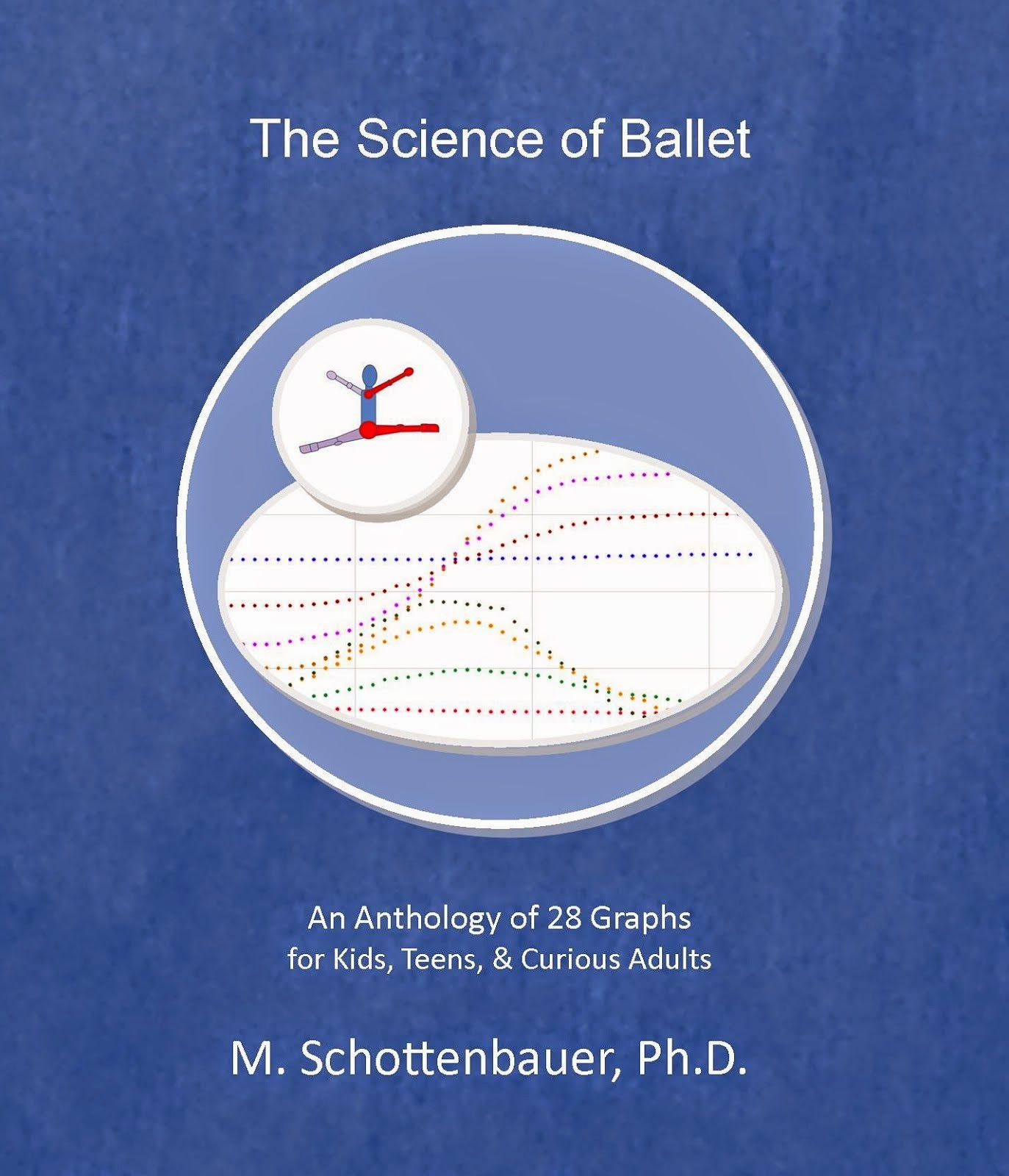 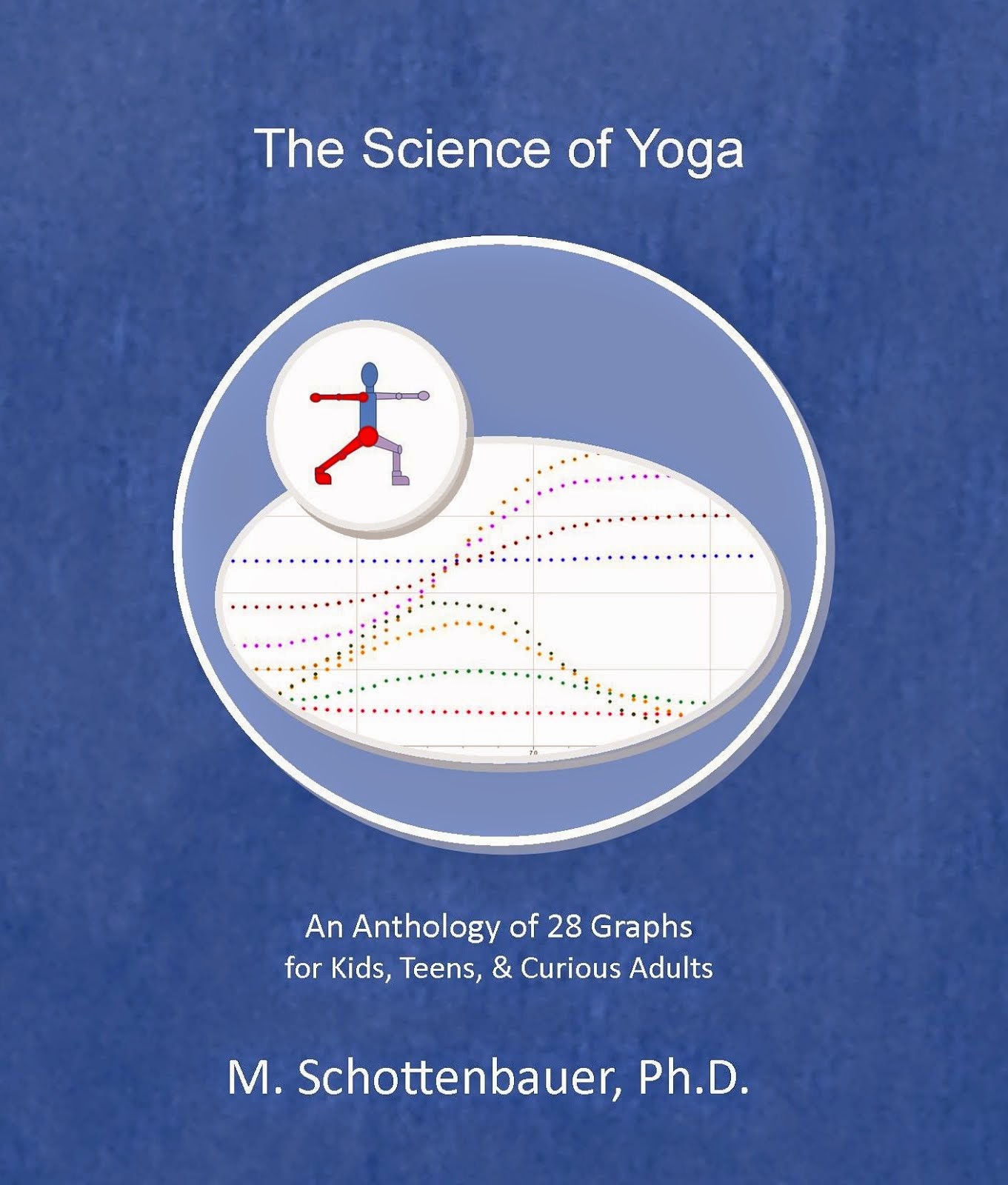 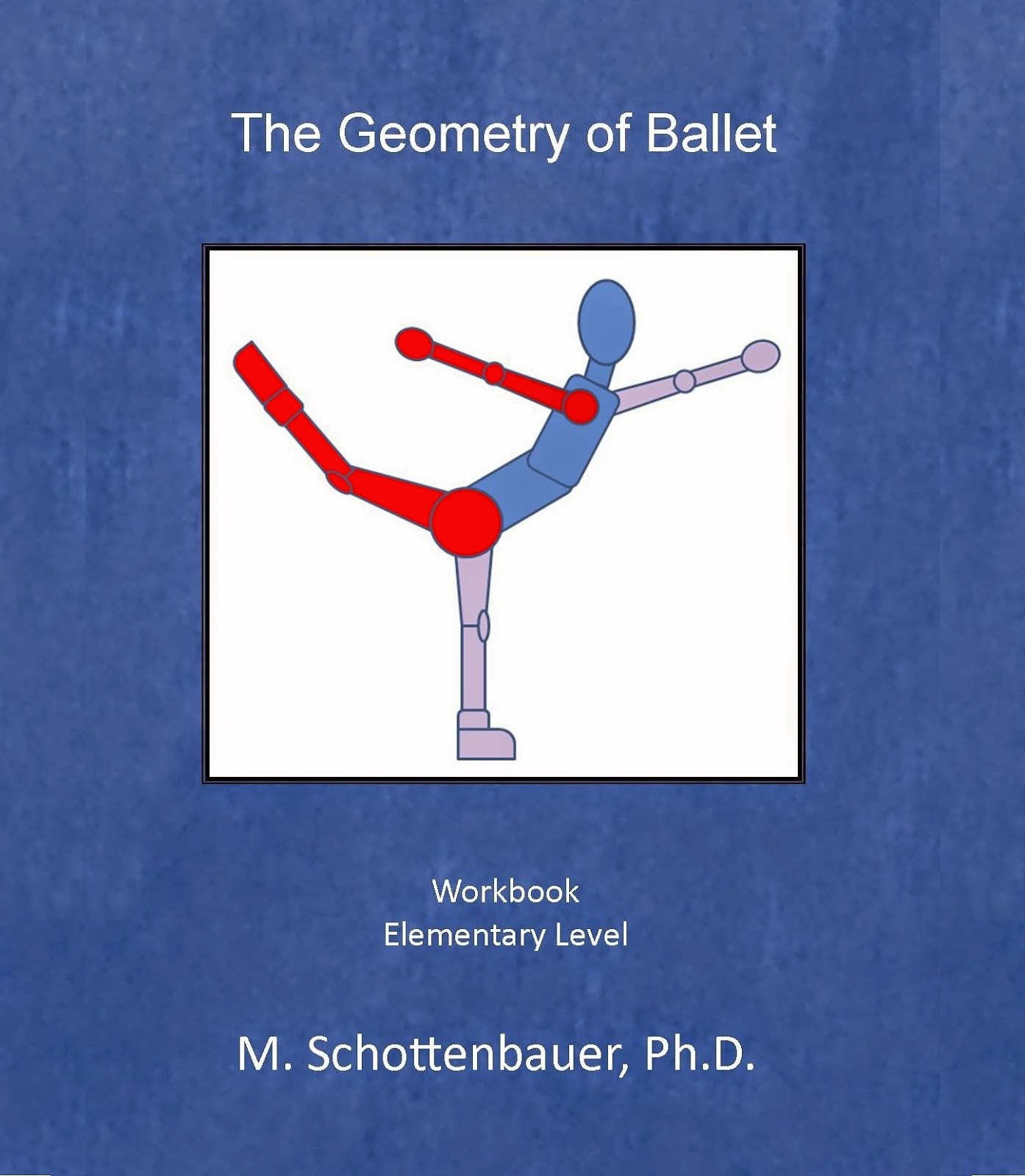